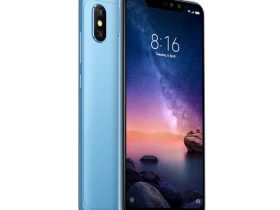 Even something as simple as Word has tricks that make life easier for those who master them and surprise those who see them for the first time.

A text editor may seem like the easiest program to use, but even the jug has tricks and the mud hides synergies. Thus, Microsoft Word hides functions, shortcuts and tools that not everyone knows and makes the work come out as smoothly as the water that comes out of these pots. Mastering these tricks will give anyone the chance to show off what you already put on your resume: Expert-level Word.

Possibly the best trick, not always known, is the existence of a free online version of Word in Office for the web, which only requires a Microsoft account. This, of course, without having other alternatives such as Libre Office, Open Office or even G Suite documents.

Typing is fine, but we can always get fancy: why not dictate? . Word is capable of recognizing speech and transcribing it quite competently, although it is advisable to check the text for misprints and errors.

The tool is found in the latest versions of the program, in the start menu, next to the option to find and replace text. Pressing its icon will activate the computer microphone (the first time a warning message will appear) and the text will appear in the document as it is dictated.

It is possibly one of the most useful and unknown functions and, unfortunately, incomplete (at the moment). It is currently only available from the Edge browser and in the online version of Office. In addition, it is only capable of transcribing in English, but Microsoft assures that it is working “to make transcription available in more languages ​​and regional settings.”

In any case, if the requirements to transcribe in Word are met, all you have to do is open the drop-down menu that appears when you press the arrow on the Dictate tool and select this option.

A message may appear advising that the application wants to access the files on our computer, but don’t worry, all it wants is to get to the audio that has to be converted to text. At the moment, by the way, it supports wav ,. MP4 ,. M4A and. mp3.

The process depends on the speed of the internet connection and is currently limited to five hours of transcription per account per month. The audio document will be saved in the appropriate folder in OneDrive and sent to Microsoft, although the company assures that it will only be used to provide this service and that it “does not store the results of the transcription and the audio.”

THERE IS LIFE BEYOND THE A4

Although the default format in Word is A4 folio and for many it will be more than enough, it must be remembered that this option, like so many others, is customizable. Specifically, in the Presentation submenu.

From here you can change, for example, the margins to make more or less folio occupied by text … and, therefore, scratch a few words or characters – more or less, we do not judge – a job. Indentation is here too and can do just that.

Likewise, if you are going to work with a document destined for an A5 or in landscape orientation, changing it to fit its new dimensions is as simple as selecting the corresponding option.

Getting used to using keyboard shortcuts is the easiest way to cut minutes from each Word session. From italics to italics and I shoot because it’s my turn, there will come a time when the mouse will be a vestige of a bygone time.

The main difficulty that the Microsoft editor presents is that it is governed by different controls than those used by a large part of the programs of other manufacturers … But the advantage is that it does so to use, as far as possible, the initial letter of the function to be performed.

Thus, the boldface will appear -above the highlighted text or then if nothing is selected- when pressing Ctrol + N, while the underline responds to Ctrl + S. The italics goes free and comes into play with an anarchic Ctrl + K.

The reason for the change -or kambio, in this case- is that the italic ce and the italic i are already taken: the first, to be copied (always accompanied by Ctrl + V to paste and Ctrl + X to cut) and the second, by aligning the text to the left (Ctrl + D aligns to the right).