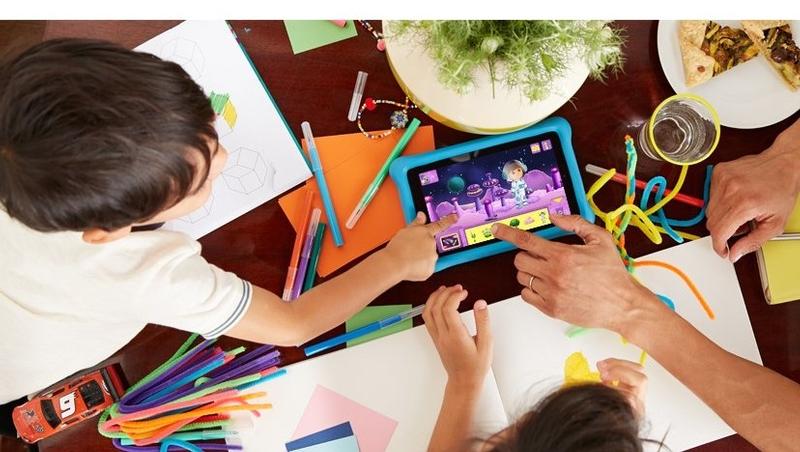 How to make the Internet safer for your children

I want to thank Homtom for sending us this Homtom H10, which I have enjoyed analyzing for you. First, I would like to start by clarifying that it is a low-end smartphone with a reasonable price, which is why it must be clear that it will not compete with higher-end smartphones.

This smartphone comes in a relatively narrow black cardboard box. On the front is the name of the manufacturer in silver. On the back is a sticker with the product specifications, the website, and some quality seals of the European Union. On one side are the terminal’s IMEI numbers and the barcodes.

Inside the box, covered with a translucent bag, is the Homtom H10. It comes inside a transparent TPU case. Underneath, there is a flexible screen saver and a multi-language user guide. It is available in French, English, and Spanish. Portuguese and a few other languages. In two additional small boxes are the European charger from 5V to 2A, a USB to USB type C cable 1 meter long in red, the pin to access the cardholder, and two adapters. The first adapter is a USB type C to USB female adapter to plug USB sticks or peripherals, and the second is a USB type C to 3.5mm Jack to connect traditional headphones.

I find it very appropriate that they have included so many accessories. From my point of view, at least the TPU case and the flexible screen protector are necessary since they can be challenging to find in stores. However, I wouldn’t say I like that they have jumped on the bandwagon of removing the headphone jack. It is something that I do not understand for two reasons: the first is that it is not waterproof, and the second is that it is not so thin as to need to remove it. If someone is considering making the terminal cheaper, I would like to add that the included adapter also represents a production cost for the manufacturer. I don’t see the need to eliminate it.

This Homtom H10 has a neat and modern look. The manufacturer has joined the trend of incorporating the famous “Notch” into this terminal to increase the screen. However, it strikes me for having a lot of borders on each side. With a “unibody” body, this device is made of plastic and has a back that imitates glass with a glossy finish. Although they are not the same materials used for the Xiaomi Mi8 SE, they are the same concept the manufacturer tries to recreate.

It has 74.0 mm long x 152.6 mm high x 7.8 mm thick and weighs 200 grams, as you will see in the photos. I want to comment that many stores and reviews describing the terminal say that it weighs 170 grams, which seems to me to be misleading potential buyers since they do not get to try it. I think it’s comfortable to hold thanks to its small lateral curves and its 2.5D screen, but it feels a bit heavy in my hand.

It has a 5.85-inch IPS LCD screen with an HD+ resolution of 1512 x 720 pixels, occupying 75% of the useful surface. It has a pixel density per inch of 286. The screen is difficult to see in bright sunlight, and it lacks a little more brightness. It is a fair screen that is consistent with the range of the terminal.

As I said, the front surface is pretty much all screen, and there are no physical buttons. If you want the typical virtual keypad, we will have to add it from the phone settings. In the “notch” is the call speaker, which is heard well. On the right is the front camera and on the left is the brightness sensor.

The fingerprint reader and slot to access the nano SIM and microSD card holder are on the left side. Regarding the fingerprint reader position, I would like to give my opinion and say that I do not think it is the best place. I would have preferred to find it a little higher up to unlock it comfortably with the index finger or on the right side. It seems that the fingerprint reader was specially designed for left-handed people. If we get used to it, the fingerprint reader works well, it is not the fastest on the market, but it does it in good time. You must consider that if you wear the TPU case, it will cost you more to unlock the terminal since it hinders, to a certain extent putting your finger on the reader.

On the right side is the typical button panel formed by the elongated volume up and down button and the lock button.

At the bottom is the USB type C connector accompanied by the microphone and the speaker. At the top, there is nothing.

In the upper left corner of this Homtom H10’s back is the dual primary camera placed vertically with an LED flash between them. As many of you know, this is the style that came with the iPhone X, and many manufacturers have decided to copy it. For example, Xiaomi has done almost all new terminals.