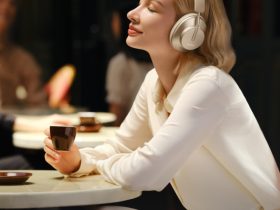 On the other hand, social networks also offer micropayments in cryptocurrencies to their users in exchange for the content they provide, which is stored in a transparent, unalterable, and public way on a blockchain. Such is the case of Steemit.

Likewise, on the trade side, we have decentralized exchange houses (DEX), in which cryptocurrencies can be bought and sold without intermediaries. Two of them are LocalCryptos and Bisq.

But indeed, this is only the beginning. Blockchains have also been used to authenticate charity funds, optimize energy processes, and improve the online advertising system. At this rate, very soon, our entire daily life will change.
Nodes

Later, Bob realized that there were too many records and couldn’t keep the diary-like this forever. So when he wrote 5,000 transactions, he converted them to a one-page spreadsheet. Mary checked that all transactions were correct.

Bob spread his spreadsheet journal over 5,000 computers, which were all over the world. These computers are called nodes. Every time a transaction occurs, it must be approved by the nodes, each of which checks its validity. Once each node has verified a transaction, there is a kind of electronic voting, as some nodes may think that the transaction is valid and others think it is a fraud.

The nodes mentioned above are computers. Each node has a copy of the digital-book or Blockchain. Each node verifies the validity of each transaction. If most nodes say that a transaction is valid, then it is written in a block.

Now, if Jack changes an entry, all the other computers will have the original hash. They would not allow the change to occur.
Block

This worksheet is called a block. The whole family of blocks is Blockchain. Each node has a copy of the Blockchain. Once a block reaches a certain number of approved transactions, a new block is formed.

The Blockchain is updated every ten minutes. It does it automatically. No teacher or central computer instructs computers to do this.

As soon as the spreadsheet, ledger, or record is updated, it can no longer be changed. Therefore, it is impossible to fake it. You can only add new entries to it. The registry is updated on all computers on the network at the same time.
Important points:

Bob gathered the ten people. He needed to explain the new currency to them.

Jack confessed his sins to the group and apologized sincerely. To demonstrate his sincerity, he gave Ann and Mary back his coins.

With everything in order, Bob explained why this could never happen again. He decided to implement something called a digital signature to confirm each transaction. But first, he gave everyone a wallet.
What are cryptographic keys?

A cryptographic key is a string of numbers and letters. Key generators or keygens make cryptographic keys. These keygens use very advanced mathematics involving prime numbers to create keys.
Protocols

The Blockchain consists of individual behavioral specifications, a large set of rules that are programmed into it. Those specifications are called protocols. Implementing specific protocols essentially made the Blockchain what it is – a peer-to-peer (point-to-point) information database, distributed and secure.

Blockchain protocols ensure that the network runs the way its creators designed it, even though it is entirely autonomous and not controlled by anyone. Here are some examples of protocols implemented on the Blockchain:

Placing a transaction in a block is called a successful completion of a proof-of-work challenge, and it is carried out by particular nodes called miners.

Proof of work is a system that requires some work from the service requester, which generally means processing time on a computer. Producing a proof of work is a random process with low probability, so a lot of trial and error is typically required for a valid proof of work to be generated. When it comes to Bitcoins, the hash is what serves as proof of work.

The miners on a Blockchain are nodes that produce blocks by solving proof-of-work problems. If a miner produces a block approved by an electronic consensus of nodes, then the miner is rewarded with coins. As of October 2017, Bitcoin miners get 12.5 Bitcoins per block.

The reward isn’t the only incentive for miners to keep using their hardware. They also get the transaction fees that Bitcoin users pay. Currently, as many transactions are happening within the Bitcoin network, the transaction fees have skyrocketed. Even though the fees are voluntary on the sender’s part, miners will always prioritize transfers with higher transaction fees. So unless you are willing to pay a reasonably high fee, your transaction can take a long time to process.