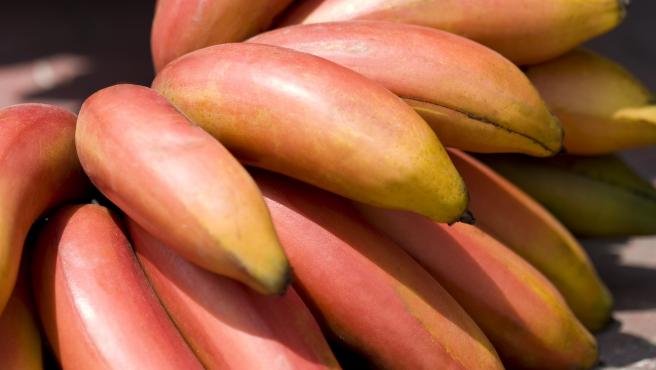 The new banana from the Canary Islands is red and, if it is good, it tastes like raspberry

The Democratic Congressman for Mississippi in the House of Representatives, Bennie Thompson, has filed a lawsuit against the former president of the United States Donald Trump and his lawyer Rudy Guiliani for “orchestrating” the attack on the Capitol on January 6, in which they were He also accuses of “conspiring” with the extreme right of the Proud Boys and Oath Keepers.

Thompson, who also serves as a member of the civil rights group NAACP, has argued his complaint noting that “the series of events” that occurred at Trump’s rally prior to the assault on the Capitol were “carefully orchestrated” and not the result of “a accident or a coincidence. “

“It was the anticipated and foreseeable culmination of a carefully coordinated campaign to interfere with the legal process required to confirm the count of votes cast in the Electoral College,” explains the lawsuit, echoed by CNN.

In the text, Thompson emphasizes that both Trump and Guiliani “conspired” with militias such as the Proud Boys and Oath Keepers “to incite the assembled crowd to march on Capitol Hill with the common purpose of disrupting, through the use of force. , intimidation and threat “the electoral process.

In this context, on Tuesday the senior adviser to former President Jason Miller pointed out that Giuliani “does not currently represent Trump in any legal matter. Through a publication on Twitter, the advisor has specified that Trump’s former lawyer and former mayor of New York continues to be an “ally and friend” of the former president, but does not represent him at this time as there are no cases in which he is involved.

Trump had expressed frustration with Giuliani when his second impeachment trial began, according to CNN, which notes that the mogul asked his staff to stop paying legal fees to the lawyer. Last weekend the United States Senate acquitted Trump of impeachment for “inciting insurrection” after the Democratic impeachment failed to secure the Republican votes necessary to form the necessary two-thirds.

Five people were killed in the assault on the Capitol by Trump supporters, which interrupted the process of certifying the results of the presidential election on November 3, in which Joe Biden won.

Criticism of McConnell
On the other hand, this Tuesday Trump has attacked the Republican leader in the Senate, Mitch McConell, whom he has described as a “sullen and serious politician.”

“If the Republican senators are going to stay with him, they will not win again,” the former president said in a statement, in which he also assured that the senator “will never do what should be done, or what is right” . He has also held McConell responsible for the loss of the Republican majority in the Senate.

Trump’s remarks come just days after the end of the impeachment trial in which McConnell voted in favor of acquittal, although he noted that the uprising on Capitol Hill “had been fueled by wild falsehoods by the most powerful man on earth. “, referring to the former president.