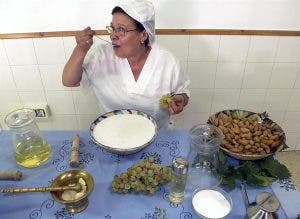 This is what positive discipline proposes, of which EFEsalud has spoken with the psychologist Silvia Álava, who assures that the key is to reinforce more what they do well and encourage them to improve when they do it wrong.

We are in a restaurant. Our son or our daughter does not stop screaming and running between the tables and, as much as we repeat that he is still and behaves well, he passes us olympically. We even notice that, given our warnings, he does it with greater intensity.

Until we lose our patience, we shout at him and punish him sitting at the table, without dessert or without watching TV when we get home.

Does it sound familiar to you? Well, it is precisely the reaction that we must avoid if we want our children to really learn from their mistakes and not repeat those behaviors on future occasions.

The psychologist Silvia Álava proposes in these cases to apply positive discipline, a way of educating children based on mutual respect, communication and the reinforcement of positive behaviors.

That is precisely what the book published by the Álava Reyes Psychology Center, whose children’s area is director Álava: Six stories to educate in positive discipline, is about.

This is how the specialist explains it: “Positive discipline is based on respectful communication with children – the same with which they will treat us later – and on putting the focus more on the things that they do well than on those that they do wrong. . When they have bad behavior, we must let them know and explain what the consequences of their actions will be, because there must be them, but always from logical reasoning and not from punishment ”.

These, as she explains, can be disproportionate, very long in time or very difficult to comply with, and, many times, we end up raising them.

“Furthermore, punishment in itself does not teach anything; You are not explaining the correct behavior that you want to encourage in him, ”she adds.

Although, as she clarifies, that does not mean, in any case, that there are no rules or limits and that they can do whatever they want.

Punishments no, consequences for bad performances, yes
The psychologist explains how we can apply positive discipline with the following examples:

Case 1: It is common for young children to sometimes insult, especially when they are younger. In that case, applying positive discipline, you should say: “Mom and Dad get sad when you insult them, so understand that now we don’t feel good.” You are explaining to him what the consequence of that action is and, in addition, that he has the possibility of repairing it. How? In this case, asking for forgiveness.

Case 2: Our children are playing and they start fighting. We can tell them `since you don’t know how to play together, you are going to do it separately for a while; until you are ready to play together again.

Case 3: We are eating at the table and our son does not stop playing with the glass. We repeat to him several times that he is going to throw it away and, in the end, he throws it. He is no longer angry, what we must tell him is: “now you have to pick up what you have thrown away.” And if that happens repeatedly during several meals, we can say ‘let’s rehearse for a few days and you will eat by yourself until you are ready to eat with us’.

“What doesn’t work,” Silvia Álava points out, “is that their actions don’t have any kind of consequence, because then they don’t learn. Now, it doesn’t make much sense that we punish them with things like not playing; it is not coherent with what happens ”.

“At all times they must be logical, reasonable consequences, derived from the situation, revealed in advance and always aimed at repairing what they have done,” explains the psychologist.

In this sense, we must also promote autonomy and not fall into overprotection of “I’ll do it to you.” In this way, each time he will be doing things better by himself and will be able to become aware of his capabilities.

On the other hand, in the rush of everyday life, and taking into account that adults also have a hard time managing their emotions, children receive much more attention when they do wrong things – in the form of scolding and punishment – than when they do it. They do well.

However, Álava proposes doing the opposite: “We must further reinforce what they do well and encourage them to improve their behavior; kids need to hear ‘I know you can do it,’ ”she cautions.