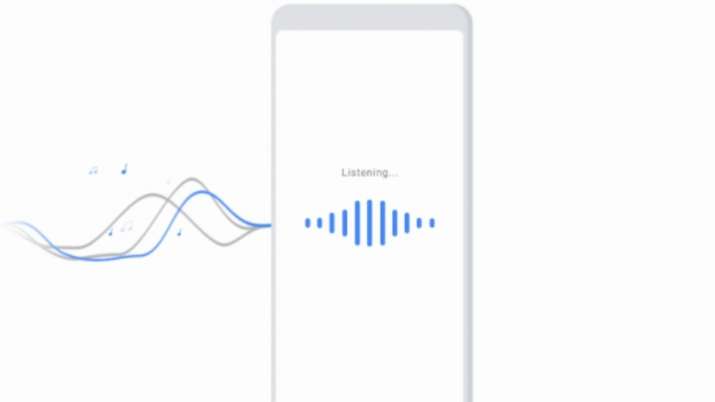 How to Google a song by humming the melody

One in three women will be the object of some form of violence throughout her life, including digital forms, which have many faces and are a growing concern both in Spain and in Europe, where they seek to stop it with measures such as fighting against ‘stalkerware’ and spying on digital devices within the couple.

The most common forms of digital violence against women and girls include cyberbullying, insults, unsolicited pornography, sexual extortion, threats of rape, the dissemination of private data, so-called revenge pornography, among other actions, as collected European Institute for Gender Equality (EIGE)

In its study ‘Cyber ​​violence against women and girls’, EIGE points out that “there is a growing phenomenon that disproportionately affects women and girls, with serious repercussions on the ‘real’ lives of the victims”,

Furthermore, the data it collects indicates that one in three women will be subjected to some form of violence throughout her life, and that it is estimated that one in ten women has already suffered some form of cyber violence since the age of 15. age.

In Spain, the macro-survey on violence against women 2019, prepared by the Government Delegation against Gender Violence, shows that 40.4% of women (8,240,537) residing in Spain aged 16 or over have suffered harassment sexual harassment at some point in their lives, and 10.2% (2,071,764) suffered this harassment in the twelve months prior to the survey.

Of the women who have suffered some type of sexual harassment, 18.4% have received inappropriate, humiliating, intimidating, or offensive insinuations on Internet social networks such as Facebook, Instagram or Twitter, and 15.9% have received emails , WhatsApp messages, or inappropriate sexually explicit text messages that have made you feel offended, humiliated, or intimidated.

As EIGE points out, based on available studies carried out in member countries, “women are the target of certain forms of cyber violence in a much higher proportion than men.”

This “violation of women’s rights” in the digital environment, as described by the CEO of Women’s Digital Rights (WDR), Pia Mazuela, is nothing more than “a reflection of what happens in life ‘offline’, the Internet only it is one more vehicle “, in declarations to Europa Press.

WDR is a recently created technological institute (October 2020), which seeks to provide solutions and resources for women who suffer harassment online or who see their rights being violated on the Internet.

Through WDR, they transmit the concept of “digital self-protection”, which can be understood as “an adaptation to the Internet of that personal defense in real life”, that is, “rules and advice to avoid falling into danger or to know how to defend oneself in the face of a threat or blackmail, quickly and efficiently “, as Mazuela points out.

Web and digital platform security configurations are one of the first lines of defense in the digital world. The directive also states that women “must be very clear with whom they share intimate material and that, if their rights are violated, the law supports them and they can take legal action.”

DIGITAL VIOLENCE IN THE PARTNER

Mazuela also points out that “when this abuse of trust occurs from a person from the close environment, with whom an affective relationship has been maintained, the feeling of vulnerability and defenselessness is greater.”

An example of this is the ‘malware’ known as ‘stalkerware’, a spyware ‘software’ that is commonly used to digitally control the life of the couple. Spain is among the top five most affected countries in Europe, with 873 detected by the cybersecurity company Kaspersky in 2020.

In this sense, seven out of ten women in Europe who have suffered cyberbullying have also suffered at least one form of physical or sexual violence by their partner, according to data from the European Institute for Gender Equality.