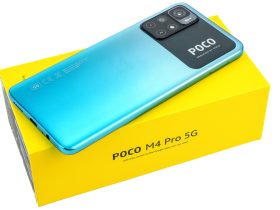 Retail giant had sales above US $ 100 billion for the first time in history. Announcement that Bezos will no longer be CEO surprised, but not negatively. Successor Andy Jassy was already a strong candidate.

Jeff Bezos’ surprising decision to step down as chief executive of Amazon quashed Wall Street’s optimism about the company’s quarterly results, but analysts showed enthusiasm for promoting the cloud computing business’s head to the top of the company. .

Andy Jassy has long been considered a strong candidate for the company’s top job since Amazon created two chief executive positions in 2016, subordinate to Bezos. The other spot was occupied by newly retired Jeff Wilke.

However, few expected Bezos to step down when the company last Tuesday reported sales of more than $ 100 billion for the first time in history in a hugely successful year driven by the pandemic.

Amazon shares, which accumulated an increase of about 76% in 2020, had a slight appreciation on Wednesday (3). The papers have advanced 8% since mid-January, in the expectation of the disclosure of the quarterly results.

“The positive momentum in the stock price is limited … considering what is to come in the next 3 to 6 months with vaccine launches,” said Keith Temperton, an operator at Forte Securities. “Amazon’s model can be seen as starting to get a little expensive, as people can start thinking about abandoning isolation.”

At least 17 brokers have increased their target price for Amazon and 46 brokers recommend “buying” for the shares, according to data from Refinitiv.

Analysts noted that Bezos, who ranks among the richest men in the world, had already moved away from much of the company’s daily operations.

JPMorgan’s Doug Anmuth dismissed some concerns about Jassy’s lack of retail experience, saying the executive would continue with Bezos’ fundamental values ​​and beliefs, given the similar operating cultures between the consumer-focused unit and the company’s businesses. cloud computing division Amazon Web Services (AWS), which Jassy ran.