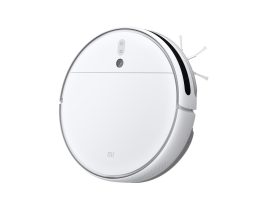 Linus Torvalds, creator and lead developer of Linux, explained in an interview published in Linux Journal that he hates modern social media; so much so that he considers them “a disease”. In his opinion, coupled with anonymity they become “disgusting.”

The interview was conducted to commemorate the 25th anniversary of the magazine’s first issue, which also featured Torvald. Thus, when asked what would change the current connected world, he did not hesitate: it would not be “nothing technical”, but something that he “absolutely” hates, modern social networks. Specifically, he pointed to Twitter, Facebook and Instagram, despite not having an account on any of them (he does admit that he got to try the defunct Google+).

The developer considers these networks to be “a disease” that “appears to encourage bad behavior.” This, he concedes, is something they share with email. As he has said many times, “on the Internet nobody listens to you being subtle” and the conversation loses “all social signals”, such as humor or sarcasm. He also believes that it is easy to ignore the reaction of the recipient, leading to discussions that would not occur in person.

However, Torvalds believes that the email does work: “You have to work hard to write it and there is usually some content as such.” Afterwards, he hits the networks again and the model of “liking” and sharing, which is, in his opinion, “just rubbish”.

“There is no effort and no quality control,” he explains. What’s more, he believes that networks promote the opposite of this control with phenomena such as clickbait or posts “designed to elicit an emotional response, often one of moral outrage.”

All this – continues the creator of Linux – is seasoned with anonymity, something that he believes is “overrated”, to become something “simply disgusting.” “When you don’t put your real name in your trash (or in the trash you share or like), it doesn’t help,” he says.

Although Torvalds does not completely despise anonymity – which is important to those who leak information – nor does he want it to be confused with privacy, he believes that it should not be possible for someone who is hiding their identity to rant on a social network and then rant afterwards. can be shared.