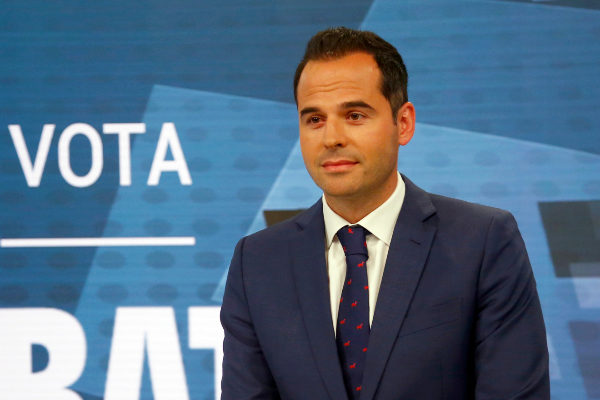 On its journey through the Spanish provinces, the ABC of Nutrition arrives in Badajoz to learn about the gastronomy of this place, from the hand of the nutritionist Laura González. A “great variety” of recipes, including both meat and fish, or seasonal vegetables. Without forgetting the typical sweets, with Arab influence

The Alphabet of Nutrition continues its gastronomic journey through the rich landscapes of the cereal fields, mountains and the extensive plains and meadows of Badajoz.

From these landscapes, explains Laura González, Nestlé’s Head of Health and Nutrition, the main ingredients “of the highest quality” come from the typical dishes and flavors of the Extremaduran city.

This province is home to traditional recipes based on rural influence, for which the typical dishes of Badajoz houses are the result of day-to-day pastoralism, livestock and simple cuisine.

According to the nutritionist, the gastronomy of Badajoz has a marked sense of the use of food and its products.

For this reason, stews, stews, vegetable stews, stews and, especially, soups accompanied with bread, are the “indisputable” protagonists of the most traditional cookbook in the area.

This range of dishes are cooked with local and proximity foods. Precisely, the foods that were available to shepherds and ranchers, years ago.

“For example, vegetables and simple vegetables, such as onion, garlic, pepper or tomato. They are the base of many of these stews “, González lists.

These vegetables, says the nutritionist, are usually cooked together with meats and derivatives, such as Iberian pork, lamb or Extremadura designation of origin veal, which are raised in fields and pastures.

Likewise, these meats also include other typical hunting such as wild boar or pheasant.

“Surely with such a quality lamb you can prepare some very tasty stews”, she adds.

The pig, star product
In Badajoz, an acorn-fed Iberian ham is marketed, characterized by free-range aging and a diet based, in recent months, on acorns and natural pastures.

For this reason, in the words of the nutritionist, the pig in Badajoz has an even greater importance.

Likewise, pork products are also “very common” from the beginning of the day. For example, toasts of Iberian ham, with cachuela or caldillo (the latter with sprinkles), are quite frequent, indicates González.

“For those of you who do not know the cachuela or the caldillo is a kind of pate made from fried pork liver, in lard. It has garlic, onion, paprika from La Vera (which is from the one near Cáceres), and other spices. Everything is crushed and, finally, cooked ”.

The nutritionist highlights other recipes where the pig is also the protagonist, such as:

The black pudding of the priest, a derivative that uses the leanest meat to cook it, with mint, parsley and garlic.
The roasted morcón, another meat derivative that is made with large pieces of cured lean meat, dried naturally.
The pestorejo en adobo, a bacon that comes from the pig’s mask and is also cooked.
Although tasty, González warns of the high caloric intake of these dishes that should not be consumed frequently.

To get out of the inertia of the pig, the nutritionist talks about other meats with which typical Badajoz dishes are also prepared.

The veal salmorejo is “a classic from Badajoz” made from a grilled barbecue, which is obtained as a tomato, onion and meat salad.

Another pastoral dish is the lamb stew. It is cooked over a fire, in a clay pot, along with basic humble vegetables, explains the expert.

However, Badajoz is not just meat. Its river fish also have a place in Badajoz gastronomy, with recipes such as escarapuche de pez, another typical salad of the province.

The nutritionist talks about Nestlé Cocina to give alternative ideas in which to use other typical local fish such as trout or cod.

“We can prepare a cod brandade with olives or a cod and pasta sauté, or crusted cod”.

Without forgetting greens and vegetables

For Laura González, dishes rich in vegetables are foods that we must consume daily to have a healthy diet.

And, in relation to the gastronomy of Badajoz, we find the Andalusian gazpacho or a cojondongo, a mixture between gazpacho and cold salad to “combat the high temperatures of Badajoz”.

“As you can see, although the name is a bit strange for those of us who are not from the area, the ingredients are actually very well known. We are talking about tomato, red and green pepper, onion, bread, oil, vinegar and salt. All the vegetables are cut into small pieces and served fresh. “

Also, González details, ajoblanco is also typical of the area, made from garlic, in addition to carrying egg yolk or milk, bread crumbs from the day before, tomatoes, cucumbers, vinegar, water and salt.

On the other hand and to make a seasonal recipe, the nutritionist talks about a pipirigaña, a vegetable hash of the time.

“Especially it has tomato, pepper and cucumber, and you can add mackerel, tuna or melva, and it can be seasoned with a good Monterrubio oil, with a designation of origin”.

“If we want to prepare a traditional soft and healthy aperitif,” she adds, we can prepare some pickled aubergines, very typical in the Mérida area, north of Badajoz. “

Arabic-influenced sweets
Many of Badajoz dishes still maintain Arab or Sephardic nuances, according to the nutritionist. And it is in confectionery, he believes, where these influences are most accentuated by the use of honey or syrup.

“The nougat of guirlache or almonds and caramel. Sweet almond cheese, or, for example, mecula tea, are just some of the sweet desserts that we can find ”.