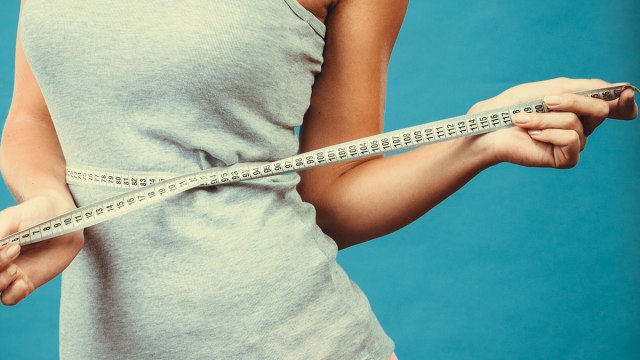 Any month of the year can be perfect to enjoy refreshing and original recipes based on cocoa, a food rich in antioxidants and with recognized health benefits, especially to prevent cardiovascular diseases.

Cold milk with cocoa is a classic that has been gaining followers year after year. But cocoa is a versatile food with which a large number of dishes and drinks can be prepared.

An example is this “smoothie”, a recipe from the blogger and youtuber Isasaweis. To prepare it, you need two bananas, a tablespoon of cocoa, half a teaspoon of honey or agave syrup, a cup and a half of almond milk, a pinch of cinnamon and a teaspoon of sesame or ground almonds.

Also María Izquierdo, professor of Nutrition and Bromatology at the University of Barcelona and member of the scientific committee of the Cacao Observatory, recommends a cold fruit, oatmeal and cocoa smoothie for this time of year.

“Natural cocoa can be incorporated into the diet in many ways: in fruit smoothies, in mixtures of natural breakfast cereals, with different types of milk and vegetable drinks, and so on. The important thing is that our diet is varied, with as many different foods as possible. In this way, we make sure that our needs for energy, nutrients and also bioactive or phytochemical compounds are covered ”, she indicates.

The specialist explains that “cocoa contributes to making our diet richer in polyphenols, bioactive compounds that have shown, both in experimental studies and in humans, their favorable action on health”.

“They are especially beneficial for cardiovascular health, although very interesting data is being obtained in other chronic diseases, such as neurodegenerative ones,” she says.

Professor Izquierdo clarifies that cocoa polyphenols have approved a health claim by the European Food Safety Authority (EFSA) that refers to the regulation of blood pressure by these compounds.

“This tells us that the relationship between cocoa and cardiovascular health is well established, although it is always necessary to continue researching,” she emphasizes.

In this sense, she Izquierdo points out that these types of allegations are not easy to obtain “since it is necessary to demonstrate, through solid and serious scientific studies, the effect that a certain food, nutrient or active compound can have on health” .

In recent times, cocoa has been considered a superfood. In this sense, Izquierdo comments: “the use of the word“ superfood ”, derived from the Anglo-Saxon term“ superfood ”, has become popular in everyday language to refer to foods very rich in certain nutrients and phytochemicals, which would exert beneficial effects on health”.

However, she clarifies that there is no technical or legal definition of “superfood”.

“From a scientific point of view, it has been shown that certain bioactive components present in certain foods provide health benefits. The foods that contain these bioactive compounds in a special concentration and that are not part of our diet in a regular way, are those that are receiving the name of “superfoods”. Within this framework, cocoa could be considered a “superfood” due to its richness in certain nutrients and antioxidants, ”she explains.

However, the specialist warns that due to the fact that certain foods are called “superfoods”, others should not be considered second-class. Thus, she points out that, for example, carrots, apples or onions provide us with very interesting nutrients and phytochemicals.

The expert comments that, in recent decades, it has been detected that our diets are increasingly monotonous and that, every day, we incorporate a lesser variety of foods.

In this sense, it expresses that “the so-called” superfoods “can help improve the diversity of our diet and provide bioactive compounds with healthy properties”.

The left one affirms that our diet “is getting poorer little by little.” Not surprisingly, he relates that a Paleolithic individual “ate more than 200 different foods on a daily basis, while nowadays a person from a‘ civilized ’society does not consume 50 different foods.”

For her part, the blogger Isasaweis emphasizes that eating healthy is not the same as eating boring. “The secret is to have a balanced and varied diet, without diets or restrictions and thinking about nutrients instead of calories. Cocoa gives variety to our diet while enriching it in phytochemicals ”, she points out.

What type of cocoa is the best?

Regarding the most recommended type of cocoa, María Izquierdo indicates: “natural cocoa is the one that best maintains its potentially beneficial properties, since polyphenols are better preserved if the technological treatment has been as gentle as possible”.

The expert states that, in a way, the healthy properties of cocoa could also be attributed to chocolate, since both are rich in polyphenols.

“However, chocolate contains a relatively high proportion of simple sugars and fat, which could partially offset the beneficial effects of cocoa polyphenols. Therefore, the richer a product is in cocoa, the better ”, she emphasizes.

For its part, the Spanish Heart Foundation warns that not all chocolate is equally good and emphasizes that the more cocoa it contains, the healthier it will be.

“Forget milk and white chocolate, as their high content of saturated fat and sugar reduces the beneficial properties of cocoa. The most recommended is dark and bitter chocolate ”, concludes this entity.