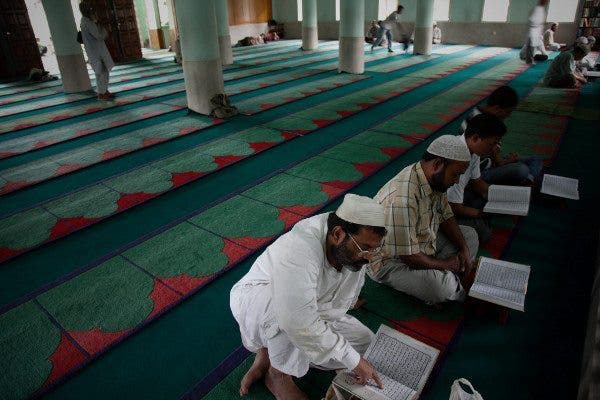 Religion and food: customs that feed

The Bible already warned him: “The woman will not wear men’s clothing nor will the man wear women’s dresses, for they are abominable things in the eyes of the Lord, your God. Almost nothing: to see who angers the almighty. The author of Insumisas (Principal de los Libros), the popularizer Laura Manzanera, explains that “clothing has always been used to mark differences, especially gender differences”, and that “fashion has been the most effective surveillance tool ”, From skirt to trousers, from pink to blue – an assignment of colors that, in the beginning, was the other way around.

Tell me what you wear and I’ll tell you how much you send: is it a garment that opens, that moves with the wind and that forces the girl to reduce the most dynamic activities and behave ‘decorously’ so that she does not see ‘the shame? ‘? Or is it a comfortable, practical garment that represents freedom and security, like pants for men? AHA. Simone de Beauvoir recalled that men’s clothing, although it is also an artifice, “is made to favor action rather than hinder it.”

“To get rid of the conventions and limitations inherent in their condition, many women throughout history decided to cross-dress. They wanted to leave behind the family or an unwanted marriage, avoid the roles that were assigned to them: wife and mother, maid, nun or prostitute, get out of poverty, get their own salary, do a forbidden job or develop a passion ”, he writes Laura. “They pursued love or advocacy, prevented harassment or possible rape, or simply tried to save life.”

This book talks about all of them. From women who never wanted to be men, they never really wanted to become one of them, but they knew that playing dress up as the enemy would lead them to truly compete against him, from a position of equal to equal. There was nothing playful about this cross-dressing: if they were caught, they were punished with insults and humiliations, they were condemned to social rejection and, in the worst case, they were sentenced to death.

They are not only fictional heroines -like Fidelio’s Leonora, from Beethoven, or Don Quixote’s Dorotea-, and they are not only historical women: forty years ago, the Egyptian Sisa Abu Dauh, disguised herself as a male in order to work and feed his daughter after being widowed. “I shaved my head, put on a turban and hid my figure under a loose galabiya (robe). And, like any other boy in town, I went looking for a salary ”.

So it was: she worked as a farmer, as a bricklayer, and, finally, as a shoe shine. Also in the 21st century, there have been homeless women who have suffered the terrors of living without a home and have decided to camouflage themselves to avoid rapes: “I cut my hair, I put on a cap and wide clothes to hide, that was everything easier,” he says. to the author Gema, a woman who lived and slept on the streets of Barcelona for twelve years.

Théroigne de Méricourt said it: “I want to have the appearance of a man to avoid the humiliation of being a woman”, although guys who dressed as women were also punished very harshly, since it was understood that transiting into a woman was something abominable and low -a nosedive from high-, while moving towards the virile revealed the ambition to “be better.” “If God has entrusted me to take and wear men’s clothes, it is because I must carry the weapons that men carry,” launched the authentic Joan of Arc.

Remember that she – poor, young, illiterate – felt the call of God to rid France of the invasion and enthrone Charles: she communicated it to him, had to undergo a virginity test and ended up becoming a famous warrior maiden . When they judged her clothes, she alleged: “A virgin is equally suited to the clothes of both sexes.” Theologians came to confirm that, indeed, the thing seemed to be of a divine order, so she was given armor, accessories, squires and an escort and she commanded five thousand soldiers to liberate Orleans.

The problem was when she fell in Paris and she was injured: her luck was waning. The king abandoned her: he did not mind owing the throne to her. In the jail of the Inquisition in which she ended up they sank her because of her masculine appearance, “although that was better than being raped.” They chased after her for her haircut and for her stubbornness in dressing manly. “She was also declared a fortune-teller, false prophetess, invoker of evil spirits, sorceress, conspirator, superstitious, skeptical, wayward, idolatrous, sacrilegious, blasphemous, apostate, scandalous … Even inciting war”, writes the author.

She could be saved from her if she asked for forgiveness and promised to spend the rest of her life locked up, with bread and water, dressed as a woman. Although she was commuted to life imprisonment, her will did not last long and she broke her word. She went back to dressing in men’s clothing. “I prefer to dress as a man than as a woman […]. I’ve never sworn never to put it back on […]. I did it because it seemed more appropriate, being among men, than dressing as a woman […]. I adopted him again because you did not keep the word that I could go to Mass and receive my Savior and that they would remove my shackles ”.

So for that and for recognizing that she heard heavenly voices, she was at the stake at the age of nineteen. She left heretic and proud, because she rejected the Lord’s Prayer and the ecclesiastical authorities and because she came to acknowledge having slept … with another woman, in an undeniable lesbian wink.

She was not alone: ​​there queens like the pharaoh of Egypt Hatshepsut, the first woman with a beard we met – even though she was a fake. With a naked torso, with bare and visible breasts, with a male headdress. She referred to herself as “he” and as “she,” and was the first known public person to use the sex gender “as she was politically interested and performed the miracle of holding royalty and power without the fact of being a woman will hinder it ”. 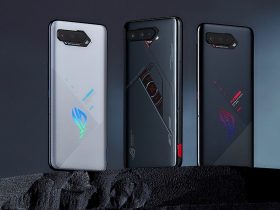 May 3, 2022
Load More
We use cookies on our website to give you the most relevant experience by remembering your preferences and repeat visits. By clicking “Accept All”, you consent to the use of ALL the cookies. However, you may visit "Cookie Settings" to provide a controlled consent.
Cookie SettingsAccept All
Manage consent